High-throughput cell based screening with Misvik

High-throughput cell based screening with Misvik

Roland Grafström of Misvik talks about the companies role in NANOSOLUTIONS so far and how their high-throughput screening has the potential to change the way people design experiments.

The Misvik Biology Corporation was developed to serve the needs of small academic laboratories and companies looking for access to high-throughput cell based screening (which allows for huge numbers of tests to be carried out at once) using imaging based assay technologies. As one part of the NANOSOLUTIONS project in which cellular models are used to study the toxicity of nanomaterials as a way to quickly classify their hazard potential, Misvik has been providing its expertise and state-of-the-art high throughput screening technology to assist with the gathering of data that will be used in the development of the project’s ENM safety classifier. 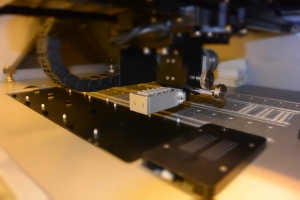 “To understand how things are coupled to immune effects or mutations, you need to have a basis of knowledge of how toxic the compounds are,” explains Roland Grafström of Misvik. “That’s where our technology and expertise comes into play. Using a couple of state-of-the-art methods, we can essentially do 2000 assays a week and fully analyse and understand them. In comparison, a normal researcher could probably do around 30 a week. This has given the project a huge advantage as a great volume of data will be needed for any classifier to be effective.”

Misvik was formed from what remained of a facility established by the famous cancer researcher Olly Kallioniemi. Originally financed by the Technical Research Centre of Finland (VTT), funding was later withdrawn due to the receding Finnish economy. “Although VTT was very supportive of what we were doing, it had to withdraw from many projects in Finland at the time,” says Grafström. “Olly Kallioniemi then left to work at the Karolinska Institutet. This led one of the postdocs at the facility, Juha Rantala, to take what remained of the staff and use private funding to start Misvik.”

Misvik has two branches, both based on high-throughput screening technology. The first of these is cancer biology (stemming from Kallioniemi’s work), which involves developing and testing cancer-killing drugs for the pharmaceutical industry. This has given the company’s researchers great insight into the mechanisms that can kill cells and how cells can resist these mechanisms. As well as being important for the development of new cancer therapies, this knowledge is also of great use for Misvik’s second branch of work, nanotoxicology, which has led to its partnership with NANOSOLUTIONS. 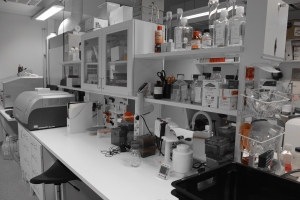 As well as working with European projects such as NANOSOLUTIONS, Misvic is also developing relationships with SMEs and larger companies by rapidly screening nanomaterials for their product development. Grafström explains: “We help a lot of companies with what is known as “safety by design. It is common practice in product development to evaluate at different stages whether things are going in the right direction or whether resources are being wasted.

“On the one hand,” he continues, “we can step in and help scientists or SMEs biologically screen materials that they potentially want to use in their new product and push them towards those that will be less toxic.

“On the other hand, if people want to make products that kill cells, like cancer drugs, for example, we are also capable of helping them with development in that area.”

Grafström’s experience of working in the NANOSOLUTIONS project has been a positive one. “Working on a European project has been great in terms of networking, developing our tools further and broadening our measurements,” he says.

The nature of high-throughput screening gives it an immediate and universal appeal to researchers and businesses alike – speed up your work by automating a laborious process so you can concentrate on the other more interesting aspects. In fact, many people have approached Misvik and asked them about what technology they need to acquire to start doing high-throughput screening themselves. But, as Grafström explains, it is not quite as simple as that: “One of our great strengths is that we have a whole team of scientists who have years of experience working with these machines,” he says. “There are many pitfalls and minor intricacies involved in the process – it is not as simple as turning on a machine and letting it do its own thing. For instance, it is possible to work the robots so fast that it kills the cells.” 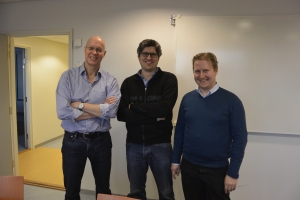 Through the course of the NANOSOLUTIONS project so far, Misvik has contributed substantially, providing around 120,000 assays of data for the other partners to use in their analyses of what makes certain ENM toxic. Not only has this been an enormous help for the project, but it has also provided the company with a chance to refine its techniques. “The success we have had so far with the NANOSOLUTIONS project has helped to cement our belief that high-throughput screening for nanotoxicology has great potential for commercialisation and exploitation,” says Grafström.

Once the data has been gathered, Misvik will again be involved in the project, helping to create the Nanosafety Classifier. By taking the toxicity biomarkers that the other partners have identified, the company will then try to create a high-throughput screening tool that can rapidly do these tests and thus be provided for use commercially. This will allow companies to test new ENM for their hazard potential much quicker and cheaper than ever before, lowering the cost of development and ensuring their products are safer by design.

“This will be the ultimate outcome of the project, and in the coming years we hope to have a common tool for product development when using nanomaterials on the market.”