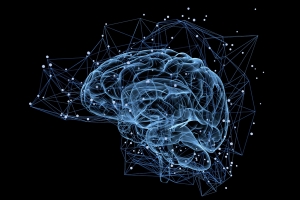 The EuroScience Open Forum has announced its 2016 programme. With keynote speakers including Professor Dame Sally Davies, the UK’s Chief Medical Officer, right through to Commissioner Moedas from the European Commission; and sessions on science and technology and their impact on our societies, space exploration and pushing the frontiers of our scientific knowledge to the interplay between humans and machines; ESOF 2016 will bring together leading minds in science, technology, engineering, maths, social sciences and humanities.

The EuroScience Open Forum (ESOF), Europe’s largest general science meeting, revealed its stimulating and diverse 2016 programme at the annual AAAS meeting in Washington DC. Covering science, technology, engineering, maths, the social sciences and humanities, ESOF 2016 is set to bring thousands of people together from all the interrelated disciplines to discuss and discover modern advancements in science. Speaking at an AAAS press conference, ESOF Co-Champion Professor Luke Georghiou, released details of the key speakers and sessions that will be held in Manchester, the historical Cottonopolis of the industrial revolution and home of wonder material Graphene.

“The EuroScience Open Forum offers a window on the world, tackling the urgent issues of our time from pandemics to artificial intelligence, big data to doping in sport.  It also provides a showcase for European and global research at all levels, which is why the UK Government is supporting its partners in Manchester to deliver this landmark event.

“Manchester is an ideal place for a scientific meeting in the scale and spirit of ESOF, with a deep-rooted scientific tradition and a strong commitment to scientific and technological innovation. Manchester is home to important universities and leading knowledge-driven companies, which together play an important role in translating knowledge from science to society.”

Along with the publication of the programme comes the announcement of just some of the renowned keynote speakers who will head up the conference programme. Included in those announced are: Professor Dame Sally Davies, the UK’s Chief Medical Officer and leading global campaigner on antimicrobial resistance; Professor Sirs Andre Geim and Konstantin Novoselov, both of the University of Manchester and both who received the Nobel Prize for their work on Graphene. They will be joined by Professor Sir Venki Ramakrishnan, President of the Royal Society; Dr Hermann Hauser, celebrated venture capitalist and Carlos Moedas, European Commissioner for Research, Science and Innovation.

The European Commission has been a long-standing supporter of the conference and they are pleased to be once again supporting it in 2016. Robert-Jan Smits, the Directorate-General for Research and Innovation expressed his delight at the programme and ESOF being hosted in Manchester saying:

“With the moto “Science as revolution”, the Euroscience Open Forum 2016 is offering a captivating programme which will attract thousands of scientists, innovators, students, policymakers and persons interested in science to Manchester. It will be a unique occasion to meet, network, discuss and be impressed by science and scientific discoveries. That is why the European Commission is providing financial support to ESOF.  I am convinced that ESOF Manchester will be a great success!”

ESOF 2016 will be welcomed to Manchester on Sunday, 24th July with a grand opening ceremony held in the prestigious surrounds of the Bridgewater Hall. The focus of Monday, the first full day, will be on the impacts of advancements in science and technology on our society and economies; with sessions on synthetic biology and the new bio-industrial revolution as well as big data and the internet of things.

Tuesday explores the new space race. Individuals and private companies will join together with more experienced players such as NASA and the ESA, and humans pushing the frontiers of what we know, both in the universe and on our own planet, as we learn how to cope with a burgeoning population and the finite resources of the world that we live in.

The final day of the conference, Wednesday, will look at the interplay between humans and machines and how artificial intelligence is becoming increasingly advanced and being integrated into our societies. The smallest parts of life will be put under a microscope to see how they influence the world around us.

Registration for the conference is now open.

“Since the Euroscience Open Forum was created in 2004, Nature has been an enthusiastic supporter. With its wonderful history in science, technology and industry, Europe needs such a meeting! Manchester is a great setting for ESOF. We hope that the Nature fund for journalists will help ensure that ESOF gets the wide public attention that it deserves.”

With so much world-class science happening in the conference venue, it stands to reason that it should be brought outside too; Manchester will come alive with science with the Science in the City Festival taking to the streets for a week long science extravaganza from Friday, 22nd July. Experiments, activities and conversations will engage diverse audiences in the excitement of discovering new perspectives and solving new challenges. Innovation in the region’s business, arts, cultural, science and engineering communities will be celebrated. Ambitious partnerships and collaborations will create new opportunities to explore how science connects to our daily lives and to imagine the possibilities for the future.

“Wellcome is proud to sponsor ESOF 2016. ESOF shares our aim to encourage exploration and debate of excellent science and its relationship with society. Hosting the conference in Manchester provides an exciting opportunity to showcase the best of UK research and innovation.”

With all the amazing things that will be happening in 2016, Professor Brian Cox, celebrated presenter and author of The University of Manchester sums up why this is such a special year for the city:

“Manchester in some sense was the very first scientific city; it was where the industrial world began. To see cutting edge science and innovation return to the city’s beating heart seems to me to be very fitting. Most importantly of all I think, will be the opportunity for young people to see up close those scientific innovators at the very forefront of discovery who are changing our world for the better.”

Nanosolutions are pleased to be holding a session at ESOF2016. This session will include speaker Kai Savolainen (session chair) from FIOH, Andrea Hartwig from the Karlsruhe Institute of Technology (KIT), Dario Greco from the Academy of Finland, Socorro Vázquez-Campos from LEITAT Technological Centre and Emma Martín Rodríguez from the University of Madrid.

The safety of nanomaterials has been identified as one of the key issues having a major impact on the success of the whole nanoindustry and European competitiveness. Solutions that promote the safe and sustainable use of nanotechnology are essential as the commercialisation of nanotechnology expands. The session will consist of a short general introduction and four introductory presentations from various perspectives to nanomaterial safety, followed by an interactive panel discussion.

The session will address the following questions: 1) How are consumers and workers exposed to nanomaterials and what are the health and other risks? 2) How can we promote the safe and sustainable use of nanomaterials?